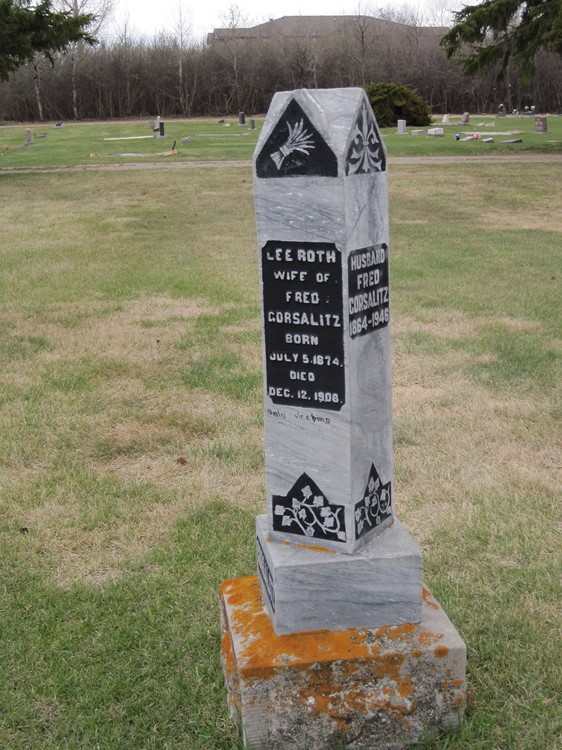 
The research carried out in Poland and Germany to find a trace of the Gorsalitz families has "turned white". The reason is simple: John Gorsalitz was a Prussian. At the end of World War II, its region of origin was cut in two, one part remained German, the other part was attached to Poland which depended on the Soviet bloc. Research in these areas is very difficult. It is likely that "Gorsalitz" is a name given to this Prussian when he arrived in Canada when he said he came from "Görlitz" ... we may one day be able to get our hands on an official document of the time.

For Léa Roth, we have precise information on her origins. But the assumptions about a departure for Canada with Irish emigrants have turned out to be wrong. In addition, Léa's handwritten transcriptions gave birth to Lee, Leah, Lili Roth ... which do not simplify research!

We know that Lea was sent to Canada on a boat called "Narnia" in June 1884 by the National Children London who had taken her in.
The boat set sail in Liverpool and arrived in Quebec the same year.
Léa appears on the 1891 census lists in Canada with a "Maïté" family and we can assume that she lived in the service of this family.
She got married in 1895. Did she stay with this family until then? or was she employed in the orphanage near Makinak?
Léa appears on the 1901 census lists with her husband and 4 children and we are sure that she remained with her family until her death on December 6, 1906.
We also know that the aid organizations of the time in England took back children wandering the streets to save them from a difficult working life, convert them to Anglicanism, and that in some cases these children were sent alone or with them. families to populate colonies all over the world.
Since the beginning of the 2000s, some governments have apologized for the errors and negligence relating to this "forced emigration".

Leah was undoubtedly considered a Jewish child. Roth is obviously a Jewish name.
On this subject, Linev August, Norma's friend, who died on August 06, 2017, the contact through which I was able to advance in my research has an idea on the question.
At this precise time (1875/1880), a missionary evangelist named George Muller (https://en.m.wikipedia.org/wiki/George_Müller) could be at the origin of Leah's departure for England.
1) Its mission was to convert the Jews to Christianity
2) He was in charge of an orphanage in England
3) He was of German origin
4) He traveled a lot in Switzerland, France and Germany during these years.

No precise fact comes to support these assumptions, but the approach of this missionary fits well with the attitude of the religious of the time towards the orphans in England.
Research is still ongoing with the Canadian branch Gorsalitz on the one hand and National Children UK and Action for Children London on the other hand ...
You just have to come across "the right person" who can search the archives and find the recording of Léa's entry into an orphanage in London. 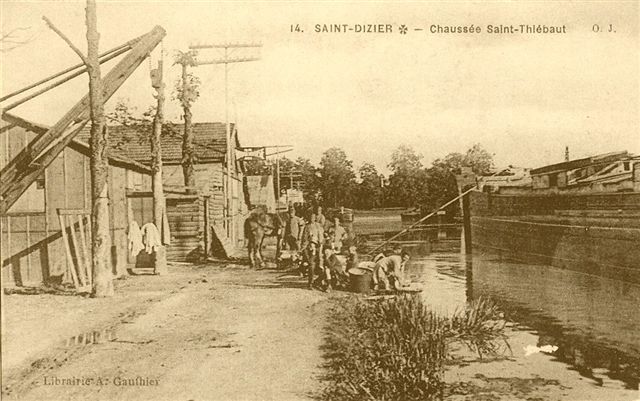 The street where Léa Roth was born in 1874

On July 5th, 1874, a certain Philippe Roth, aged 48, a cooper in Saint-Dizier, living on rue St Thiébault in the residential suburb of Gigny, declared to the town council that his wife Catherine Lutmann, aged 40, had just given birth to a little girl named Léa Roth.
Two years later, Catherine died, leaving behind her two orphans, Léa and her elder brother. Her husband, alone with his two children, sank into alcoholism and neglected his children.
In 1879, the clergy of Saint Dizier took the children away from their father and entrusted Léa (who was then 5 years old) to “some people” bound for England.
Léa’s brother Philippe (then aged 9) was placed in a farm in Switzerland. He would only leave it to go back to France at the age of 12. The police picked him up and brought him back to his father’s, who had remarried and no longer lived in Saint Dizier. As he didn’t get on well with his stepmother, he left alone to his native region and got hired in the blast furnaces of Marnaval. 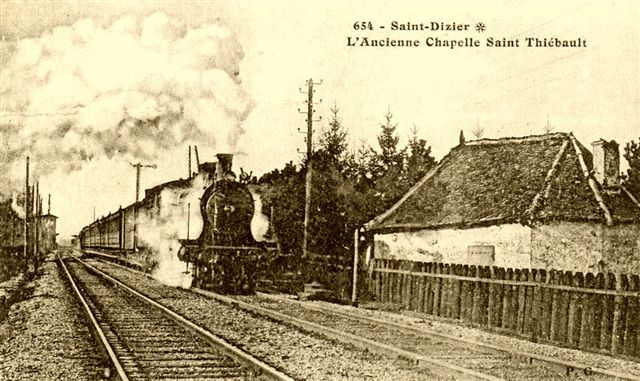 Back in Marnaval where he got married on November 17th, 1890, he set up home and started a family on 12 rue du bois. He and his wife had five children. In 1897 his wife gave birth to a girl he named Léa, in memory of his sister that he never saw again.
It was that very Léa Roth who married Fernand Delaplace, Maurice Delaplace’s father.

So Léa Roth, who immigrated to Canada, was Maurice’s great aunt, on his mother’s side.
It has been impossible to find out who these “people” who took that five-year-old girl to Canada were and how she quickly found herself in an orphanage in Makinak, Manitoba. 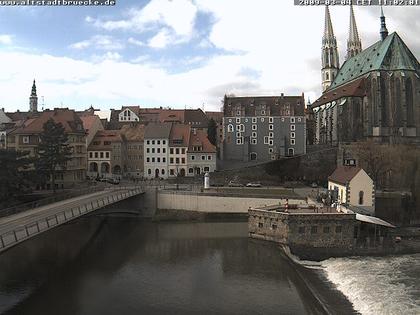 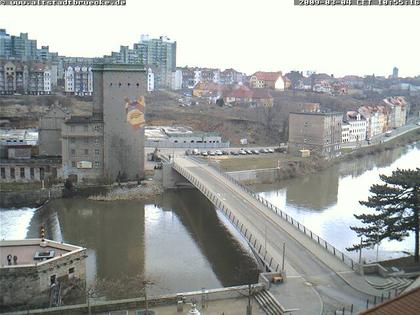 Görlitz (Germany) and Zgorzelec (Poland)
are actually the same town, which has been divided up by history.

On May 31st, 1864, a German woman from Görlitz (a small town located on the current border between Germany and Poland) named Wilhelmina Kaczor and married to John Jacob GORSALITZ, gave birth to a child called Frederick and died in childbirth.
In 1869, little Frédérick Gorzalitz, (aged 5), whose mother had died when she gave birth to him, embarked with his father, his older disabled brother, his sister, his uncle and his aunt to immigrate to Canada.
They arrived in Toronto then left to Ontario, where his father settled and bought his first farm.
In 1892 Frédérick fled from the family atmosphere which didn’t suit him. He left his remarried father to settle in Manitoba, in the Ochre River area where he bought farming rights. His first farm was a few miles away from Makinak, where Léa was in her orphanage.
We don’t know under what circumstances he met Léa Roth, who was still in the orphanage in 1894. They got married in 1895 and had their first child in 1896. Léa gave birth to six children and died from typhoid fever on December 12th, 1906, and was followed 8 days later by her third child Phillip, who was then 8 years old. 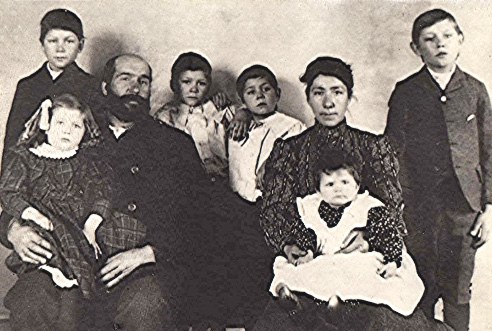 Léa Roth’s story between 1879 and1894 is totally unknown to us. We think that she was not adopted and stayed in the orphanage for 15 years until she met Frederick.

The story of each family that immigrated to Canada has been marked by the same kind of experiences. It is always the story of beings that left their families and friends to go to an unknown land, deeply determined to find new lands which they would own.
They were looking for freedom, independence, opportunities and security –these four liberties which were proclaimed many years after their arrival- and wanted to be freed from their fears, from destitution, and hoped for freedom of speech and freedom of worship.
These liberties were really worth the trials and tribulations which could be necessary for their achievement. Many new emigrants, who didn’t speak English at all and were illiterate, had to endure their lot until they finally learn to communicate with the inhabitants of the country in which they wanted to settle.

WHY DID THEY COME?

They endured many trials before arriving in their new country. They already had to “survive” all the way across the ocean. The travellers would generally take their own provisions with them, which was necessary for the long journey; later arrangements enabled them to buy food and tickets at the same time, but it was so expensive that many of them would keep on taking their own food.
To give you a fuller idea of that food problem, remember that those people undertook their trip before the age of canned meat and vegetables, of cold rooms and refrigeration. Can we imagine how hard it must have been for the travellers to prepare enough supplies for a journey which could last more than four weeks, under such conditions? Sometimes we think that it is quite a task to prepare a picnic. Would we like to prepare a hundred of meals in advance for a group of starving adults and children?
Since the boats were made of wood, lighting a fire to warm oneself up or to cook was out of the question, so they had to prepare enough meals in advance to last the whole crossing.
They sailed slowly, and were so delayed by storms and contrary winds that when they finally arrived, their provisions had almost or even totally run out.
These travellers could have told us many heartbreaking stories. It’s a shame that most of what they wrote has not been kept, life at that time being very eventful.
We can’t help thinking about the contrast between those people and emigrants nowadays who can cross the ocean in only a few hours. We can see what extraordinary progress has been made in transport for a hundred years.
Most people were happy with their new environment: they had stable jobs and made honest livings, they were not corrupted by the complexity of modern life.
Children were brought up in their families, then met in barns, took care of the bees, danced, and worked with their parents; as a result there were not as many juvenile delinquents as today.
Isn’t it surprising that we, the descendants living in the twentieth century, come back to the simple and primitive life of our ancestors whenever we want to take a real holiday?
How we want to enjoy fresh air, a little cabin with its hearth, and a campfire! How we appreciate simple living conditions, without electricity, without air-conditioning, without toilets inside the house and without a phone!
Those settlers may have enjoyed a lot of things that we have lost; their extended life span is for the most part accounted for a simple life, hard work, and simple food (food rich in vitamins and minerals, because it came from a virgin soil). They knew nothing about vitamins and baby food. Nature would provide for most of their needs.
Despite all their trials and sufferings, the majority of them would get away with a new feeling of confidence, of determination, and above all they would know that nothing worthwhile is easily won or taken for granted.
With all those ideas in mind, and thanks to God, they survived. 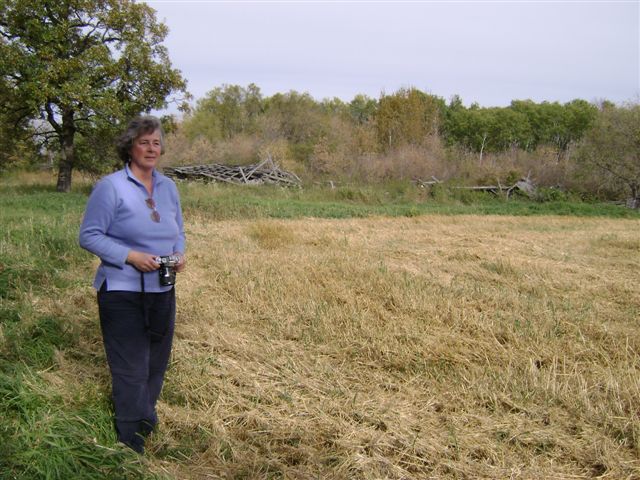 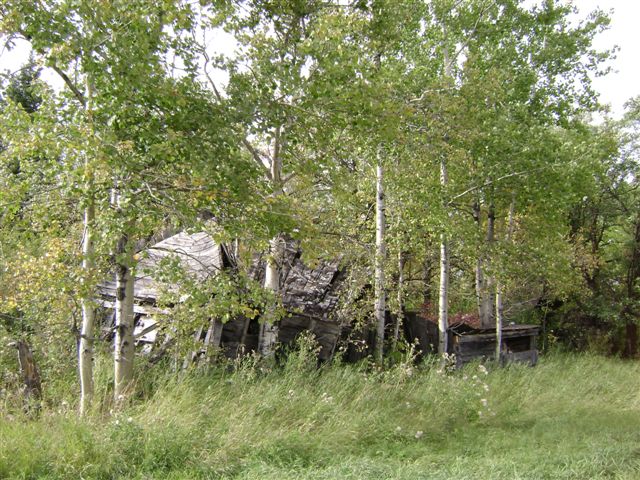 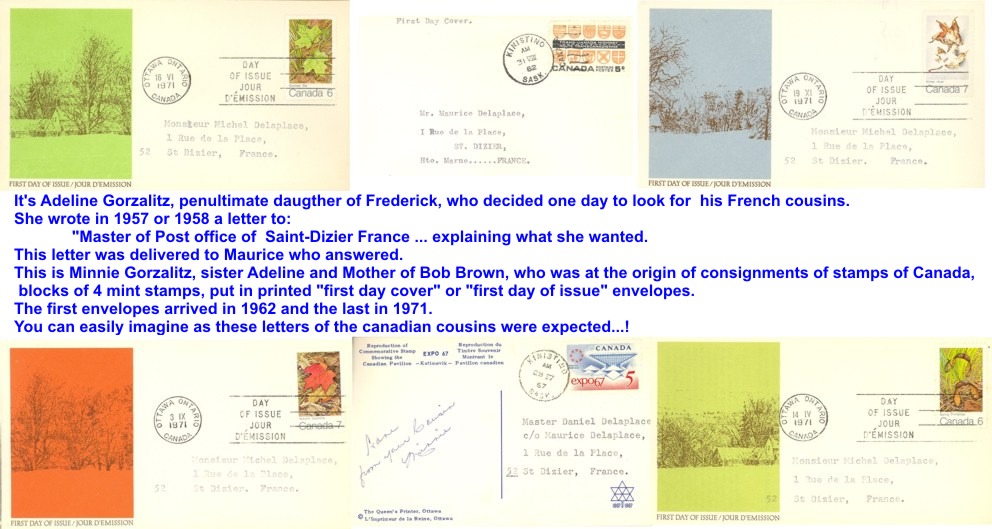